Plantations and cotton pickers – segregation and discrimination – hard times and the Delta blues…Mississippi has a troubled past, and it still ranks last of all states when it comes to health, education and poverty levels. The infamous Jim Crow laws were prominent here up until the 1960s. But where as strict segregation applied in all public places, local musicians created an integrated community mixing traditional African beats with that of white Southerners Scot-Irish music legacy. The Delta blues is one of the earliest styles of blues music, and its hallmark is steel guitars, harmonica and a lamenting vocal rising out of the regions hard times.

We drove Highway 61, the Mississippi Blues Trail all the way up to Clarksdale. Legend has it that the famous blues singer Robert Johnson sold his soul to the devil to achieve success right here at the crossroad at the edge of the small town. Nicknamed “The Golden Buckle on the Cotton Belt”, Clarksdale has played a significant role in the history of the Delta blues. We hooked up with local Blues Music award winning artist and guitar maker, James “Super Chikan” Johnson. Known for an edgier, electrified version of the raw, uncut Delta blues, we were invited to his innermost sanctuary – his “didley-bow” workshop 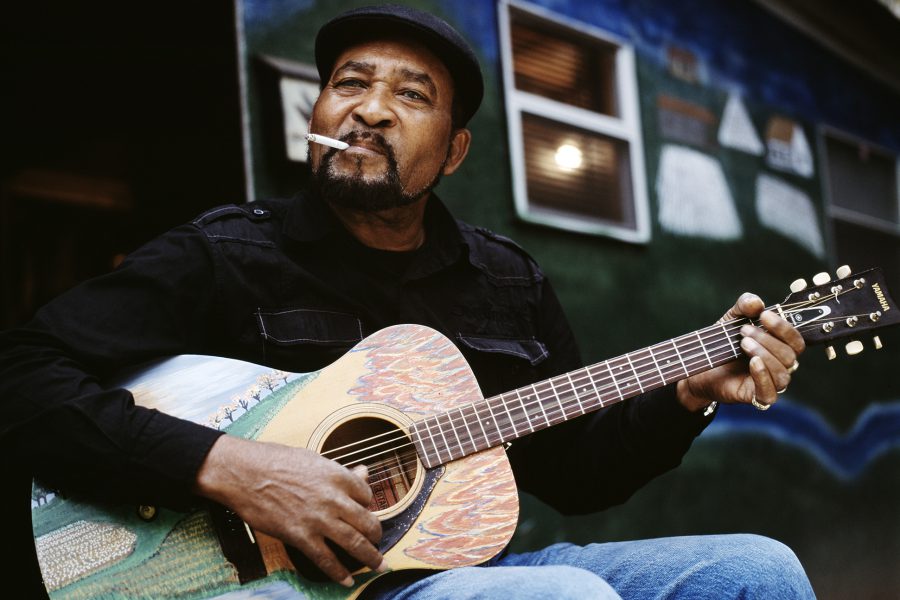