Trombone player and singer in the second line brass band The Young Fellaz Brass Band from New Orleans. The band was formed in 2005 with only 3 members walking around their neighbourhood playing their instruments out of the love of music. Over the next couple of years, the band would flourish to many more members, and they regularly have lively street performances on the corner of Frenchman Street and Decatur in the Marigny neighbourhood of New Orleans 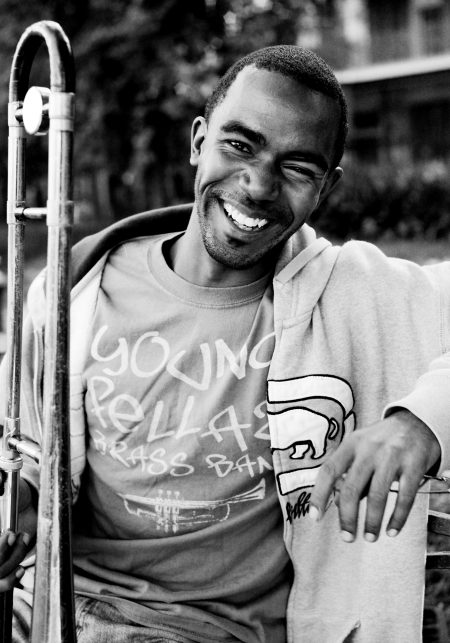